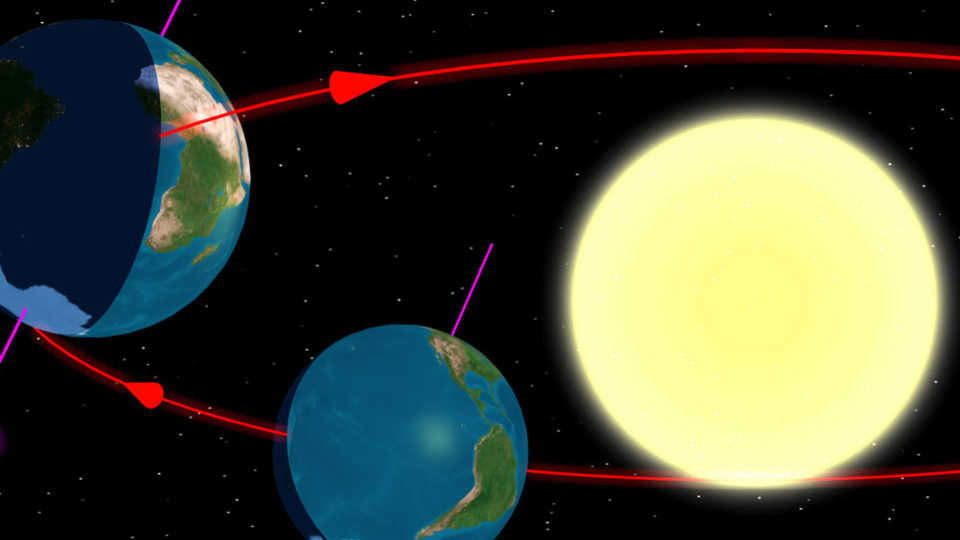 This kinesthetic activity demonstrates to students that the earth's tilt is what is responsible for shifting light patterns and the change in seasons.

The Earth’s tilt causes seasons to change and daylight hours to fluctuate. This is an important concept to grasp as it affects convection currents, climate and weather on Earth. This type of lesson is typically taught as a concept for why the Earth has seasons. But for people who live in places where there is not a typical weather pattern of autumn leaves, winter snow, and summer heat, this can be a problematic concept. For example, students living in San Francisco experience summer fog, autumn heat and dry spring months. So, when a typical “Why the Earth has Seasons” lesson asks why summers are hotter, students say “there’s no heat in summer!” and they are right.

In order to better scaffold talking about the Coriolis Effect, climate, and weather, it is important to first talk about the changes in daylight throughout the year. By approaching the topic from this viewpoint, one can often avoid the confusion that comes up when talking about seasons. When asked, most people can tell you that summer has longer days and winter has shorter days. It is also common that many people can tell you that the light looks different throughout the year, with more intensity in the summer and a diluted look in the winter. All of this has to do with the tilt of our planet and the quality of light energy hitting the Earth in different places. This activity explores how light changes throughout the year.

There are some common misconceptions about how the Earth’s position in space and its tilt affect the light energy on Planet Earth. Here are some of the major ones with some suggestions on how to combat them. The best way to begin to overcome any misconception is to present a discrepant event or fact, something that surprises someone.

Misconception #1: The Earth has seasons because its distance from the sun changes.

Discrepant Fact #1: Did you know that winter in the northern hemisphere occurs when the Earth is closest to the Sun? The distance from the sun fluctuates between 91 million miles to 95 million miles away, averaging 93 million miles away from the sun. The difference in distances is relatively small and doesn’t have an effect on the length of day, or the seasons. But even if it did, we would have summer in January and winter in June!

Misconception #2: The Earth’s tilt brings the northern hemisphere closer to the sun in the summer.

Discrepant Event #2: Similar to the misconception above, this distance is relatively miniscule, changing the northern hemisphere’s distance by a few thousand miles, which is less of a difference than when the Earth comes closer in its orbit.

Misconception #3: The Earth has longer days and shorter days, as well as different seasons, because Earth’s tilt “changes” as Earth moves in orbit around the Sun.

Discrepant Fact #3: Did you know it take 26,000 years for the Earth to wobble once around? This may cause students to try to “wobble” or change the tilt of their axis as they move around the circle. This Earth’s axis changes relative to the Sun because of its motion in orbit around it, not because of any wobbling or change in the direction Earth’s axis is pointing in space.

This lesson is adapted from the Kinesthetic Astronomy program developed by the Space Science Institute, 2004.

Image: "Diagram of the Earth's seasons as seen from the south" by Tauʻolunga, licensed and modified under CC BY-SA 2.5; originally sourced from https://en.wikipedia.org/wiki/Equinox#/media/File:South_season.jpg

5-ESS1-1: Support an argument that differences in the apparent brightness of the sun compared to other stars is due to their relative distances from Earth.

5-ESS1-2: Represent data in graphical display to reveals patterns of daily changes in length and direction of shadow, day and night, and seasonal appearance of some stars in the night sky.

MS-ESS2-4: Develop a model to describe the cycling of water through Earth’s system driven by energy from the sun and force of gravity.

MS-ESS2-6: Develop and use a model to describe how unequal heating and rotation of the earth cause patterns of atmospheric and oceanic circulation that determine regional climates. 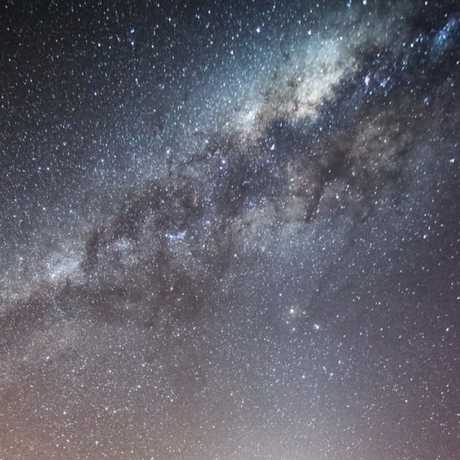 You may know your zodiac sign, but do you know your birthday stars? 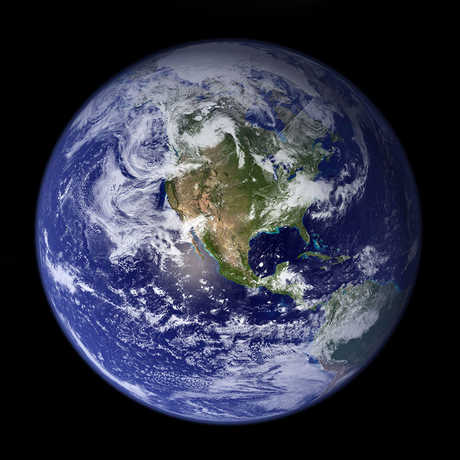 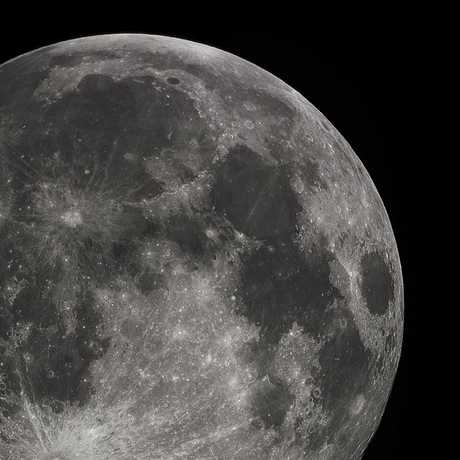