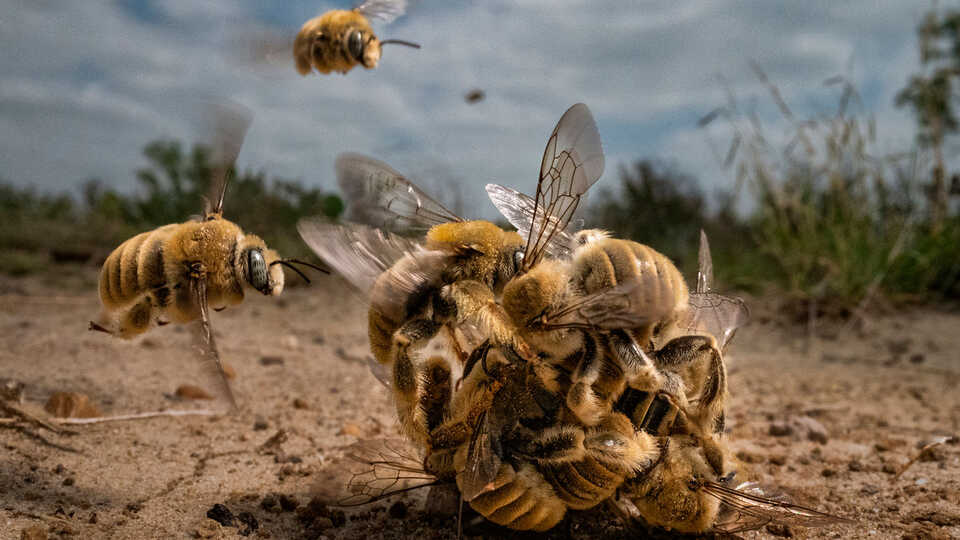 SAN FRANCISCO, CA (December 1, 2022) — Submissions for the California Academy of Sciences’ 2023 BigPicture: Natural World Photography Competition will be open from December 1, 2022 – March 1, 2023. Celebrating its 10th anniversary, the competition focuses a visual lens on the extraordinary wonders of the natural world and the importance of striving for a healthier planet. Winners of this year’s BigPicture competition will receive a cash prize and have their photographs featured in an exhibit on the public floor of the Academy’s iconic museum in Golden Gate Park. View winning images from BigPicture 2022 here and see them in person in the BigPicture exhibit, which is on display until April 23, 2023.

Attracting submissions from exceptional photographers from around the world, the competition again seeks stunning nature, wildlife, and conservation images and is open to all photographers with the ability to tell evocative, captivating stories from the natural world through their pictures. This year, the competition includes a new “A Matter Of Time” photo story category focusing on images that show changes through time at the variety of scales that humans perceive on this planet. bioGraphic, the Academy’s independent online magazine about nature and regeneration, is the competition’s official media sponsor.

Since launching in 2014, BigPicture has established a fast-growing reputation within the photography community, receiving one of just a handful of recommendations from “The Best Photography Contests and Prizes in 2022” by Format, a leading magazine for photographers and other creatives. The competition was also named one of the “Best 15+ Photography Contests You Should Enter in 2021-2022” by Pixpa, a leading online portfolio service for photographers, and was included in My Modern Met’s list of “30+ Best Photography Competitions to Elevate Your Craft.”

Last year’s BigPicture competition received over 7,000 submissions from photographers representing 65 countries. The Grand Prize image, titled “Bee Balling” by photographer Karine Aigner from Washington, DC, shows a “mating ball” of male cactus bees grappling with each other in the hopes of securing a mate. By capturing this rarely-seen moment at ground level, Aigner elevates these crucial but often overlooked native pollinators.

The Grand Prize and First Place Category winners and their work will be honored at an awards ceremony to be announced at a later date. Awards include a total of $12,000 in cash prizes with winning images featured in a BigPicture photography exhibit at the Academy opening Fall 2023.

Art of Nature
Abstract expressions of nature and/or science. Life photographed out in nature or under the microscope. Images may include unusual close-ups, angles, patterns, motion, or perspectives, black and white photography, and images created using scientific imaging tools. Artistic effects should not be the result of digital manipulations.

Aquatic Life
Animals including mammals, fish, reptiles, amphibians, and invertebrates that spend the majority of their time in water. This category includes polar bears.

Landscapes, Waterscapes, & Flora
Captivating images of wild places with a unique perspective, from expansive landscape vistas of forests, deserts, and mountains to the microhabitats of plants and other flora. Images may include water environments of oceans, lakes, and rivers with images taken above or under water including waves, tide pools, and other water scenes.

Winged Life
Birds or flying insects photographed anywhere in the world—in flight, perched, or in action. This category also includes flightless birds such as penguins and ostriches.

Terrestrial Wildlife
Animals photographed anywhere in the world. Images may include land-based mammals, reptiles, amphibians, and non-flying insects whether they live in trees or on land.

Human/Nature
Images that depict the efforts of scientists, conservationists, and others working to sustain life on our planet, or the complex relationship between humans and nature. Images should illustrate the impacts of humans on the environment and can be either positive or negative stories.

New! 2023 Photo Story: A Matter of Time
A 6 – 8 image submission with captions. How quickly they grow: The blossoming of plant and animal families. How slowly and steadily we recover: Animal rescues and reintroductions; sanctuary restorations. The discovery of a new species and the reminder of an extinct one. Before and after: the fire, the flood, regeneration. Migrations, seasons and life cycles come and go: what can be captured in photographs? This year’s photo story shows changes through time at the variety of scales that humans perceive on this planet.