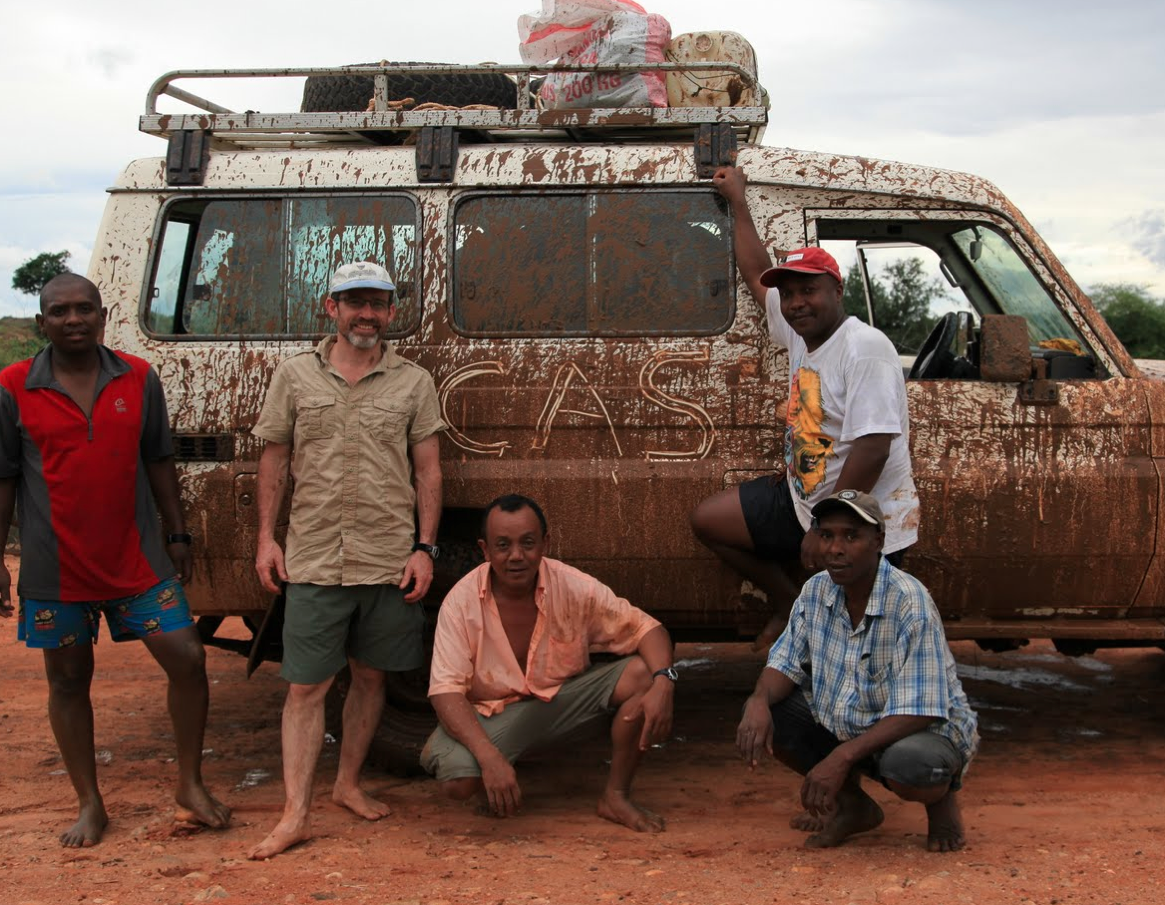 Academy scientist Brian Fisher looks at life on a different scale than most people. And his unique perspective has had a profound influence on his approach to species conservation in some of the world's most critically endangered biodiversity hotspots.

Fisher, an entomologist who specializes in the study of ants, was recently appointed the Academy's first Patterson Scholar in Science and Sustainability. The honor comes in recognition of his tireless work in Madagascar and other remote regions of the world, as well as the innovative methods he uses to find and study the creatures he calls "the glue that holds ecosystems together."

"Ants are one of the most important members of ecosystems," says Fisher. "They turn over more soil than earthworms." But they're also some of the most overlooked, he says. "If they were bigger, they would be the most studied type of organism, but people don't see them."

Of course, Fisher sees ants-- lots of them! He and his team have identified more than 900 new species of ants in Madagascar alone. So obviously, he spends a lot of time looking closely at patches of ground where ants might live. Some of his other methods, however, are decidedly higher-tech and provide a much more detailed view of these organisms, their habitats, and what their presence or absence might indicate about ecosystem health.

Surprisingly, one of these detailed views comes from space. Fisher has teamed up with satellite companies and engineers from Google to deliver high-resolution satellite images of some of the least explored areas of Madagascar. Fisher can reference these images in the field, even when no network access is available.

The amount of information this places at his fingertips is not unlike what we’ve come to expect from our smartphones while we’re navigating city streets. But Fisher uses these technologies as he explores some of the world’s most remote regions: an unprecedented view that has proven invaluable to his research. Equipped with a GPS-enabled tablet with customized software and high-res satellite images taken only weeks previous, he can not only see where to camp and find water, but he can also tell which patches of forest are most likely to contain new species of ants.

Fisher has learned from years of field experience in Madagascar to focus his search for ants on forests that are wet, situated at 800 meters (2,600 feet) of elevation or below, and isolated from other such patches. Those are the forests that tend to have the greatest species richness—of ants and many other arthropods. They’re also the types of forest that Fisher thinks should be our highest priority in terms of habitat conservation for these species.

Of course, ants shouldn’t be our only focus, according to Fisher, but the perspective that research on these types of animals provides is helping to correct a bias in habitat conservation. “If you base conservation on vertebrates alone,” he says, “it leads you to conclude that only the largest forests are important. Ants and other insects provide a better map of true biodiversity.” It’s a more holistic approach.

Based on this approach, Fisher is developing new models that are helping him provide effective conservation recommendations as well as plan future research efforts. He’s currently working with conservation organizations like the Critical Ecosystem Partnership Fund (CEPF) to identify patches of forest that should be highest priority for protection. So far, he’s identified five areas that CEPF has under review, and he’s always in search of more. “Most of the forests in the lowlands are already gone, so we’re really focused on trying to find the remaining lowland patches of great conservation value,” Fisher says.

Of course, protecting biodiversity requires a solid understanding of the sheer variety of living things out there. This is a huge job in places as species-rich as Madagascar—even if you’re focused only on ants. Fisher and his team of 20 Malagasy scientists and students, as well as five postdocs here in San Francisco, are busy trying to identify and describe the hundreds of new species of ants they’ve discovered in Madagascar. The thinking is that the more species they document, the stronger the efforts will be to save the habitats where these organisms live.

Gathering and sharing information about ants—not to mention generating an appreciation for these creatures—was the primary motivation behind AntWeb, the online database that Fisher created. The site contains records of more than 10,000 ant species collected from around the world. But it provides a perspective on these tiny creatures unlike most scientific databases. In addition to the tremendous amount of data that AntWeb contains about each species, Fisher says the site’s high-resolution composite images are helping to put a face on these tiny creatures and getting people to appreciate ants and their significance to the health of our planet.

And yet there are so many more ants to find and document that Fisher and his team feel like they’re in a race against time. Their methods, he says, are "too, too slow. We’re struggling to speed it up.”

Staring at a satellite image of rugged, roadless Malagasy terrain, Fisher says there’s one piece of technology he and his team need more than any other. “We could really use a helicopter,” he says, only half joking.

He will continue his exploration of the unexplored when he returns to Madagascar in January 2014—by helicopter or on foot. But probably on foot.

Steven Bedard is editor of the Academy website. A recent Bay Area transplant, he now understands what all the fuss is about.