Award will fund a new pop-up exhibit that tells inspiring, first-person stories of LGBTQ+ women and gender minorities of color in STEM professions 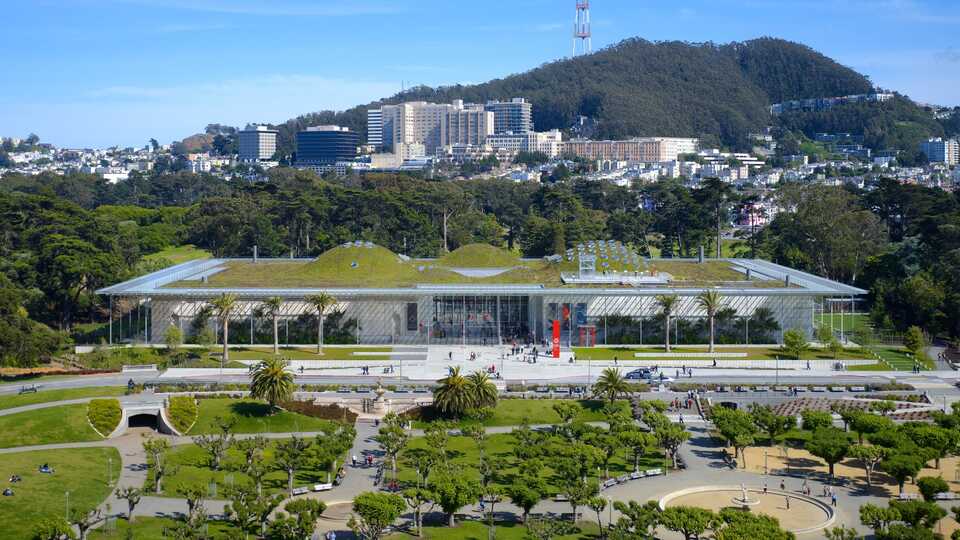 SAN FRANCISCO (February 11, 2021) – Earlier this month, the Association of Science and Technology Centers (ASTC) awarded the California Academy of Sciences an IF/THEN® Gender Equity Grant to increase the visual representation of women and gender minorities in STEM across museum content. The Academy joins 27 other recipients around the U.S. working to showcase greater gender diversity in exhibits, displays, and materials as part of their broader efforts to advance diversity, accessibility, inclusion, and equity. The Academy also received one of four prestigious Moonshot Awards given to support extraordinary efforts that can be easily replicated or shared with other science centers and museums.

“Representation matters, and as the oldest cultural institution in San Francisco, the Academy is proud to highlight the diversity of STEM practitioners that reflects the diversity of our city,” says Dr. Lauren Esposito, Curator of Arachnology and Founder of 500 Queer Scientists, a powerful visibility campaign for LGBTQ+ professionals working in science, science education, and science advocacy.

The Academy will develop a pop-up exhibit that tells the first-person stories of LGBTQ+ women and gender minorities of color in STEM professions. The exhibit will be made available for other institutions to easily and inexpensively recreate and display, allowing them to showcase the stories that resonate most with their audiences. In addition, Google Arts & Culture will host a virtual exhibit that features all first-person profiles plus additional content, helping to ensure these powerful stories extend beyond museum walls. The goal is to create space for the LGBTQ+ community to see themselves in STEM, and to help all audiences better recognize the true diversity of STEM practitioners in their communities.

“People with LGBTQ+ identities have propelled science forward from the shadows, and they’ve persisted in the face of persecution—scientific and otherwise—for centuries,” says Esposito. “It’s long past time for us to be seen for our accomplishments, and embraced for our identities.”

A growing body of evidence indicates that LGBTQ+ people in STEM are statistically underrepresented, encounter hostile work and educational environments, and leave STEM professions at an alarming rate. LGBTQ+ representation in STEM has lagged behind societal progress, particularly where identities of women and gender minorities intersect with Black, Indigenous, and other person-of-color identities. Museums like the Academy are perfectly positioned to start a conversation that catalyzes a culture shift across society. The Academy’s pop-up exhibit will be transformative by creating space for the communities being highlighted and by showing future LGBTQ+ professionals in STEM that they’re not alone.

The pop-up exhibit opens later this summer and will feature the work of inspiring individuals who are a critical force for STEM progress but whose voices have traditionally gone unheard. To nominate someone for the exhibit, please fill out a submission form.

IF/THEN® is part of Lyda Hill Philanthropies®’ commitment to fund game-changing advancements in science and nature. IF/THEN® seeks to further advance women in STEM by empowering current innovators and inspiring the next generation of pioneers. Rooted in a firm belief that there is no better time to highlight positive and successful female professional role models, IF/THEN® is designed to activate a culture shift among young girls to open their eyes to STEM careers by: (1) funding and elevating women in STEM as role models, (2) convening cross-sector partners in entertainment, fashion, sports, business and academia to illuminate the importance of STEM everywhere, and (3) inspiring girls with better portrayals of women in STEM through media and learning experiences to pique their interest in STEM careers. To learn more, visit www.ifthenshecan.org or follow IF/THEN® on Facebook, Twitter, Instagram and LinkedIn.

About the Association of Science and Technology Centers

Founded in 1973, ASTC is a network of nearly 700 science and technology centers and museums, and allied organizations, engaging more than 110 million people annually across North America and in almost 50 countries. With its members and partners, ASTC works towards a vision of increased understanding of—and engagement with—science and technology among all people. Visit www.astc.org or follow ASTC on Facebook, Twitter, and Instagram @ScienceCenters.

The California Academy of Sciences is a renowned scientific and educational institution dedicated to exploring, explaining, and sustaining life. Based in San Francisco’s Golden Gate Park, it is home to a world-class aquarium, planetarium, and natural history museum, as well as innovative programs in scientific research and education—all under one living roof. When opened, our hours are 9:30 am - 5:00 pm Monday - Saturday, and 11:00 am - 5:00 pm on Sunday. Admission includes all exhibits, programs, and shows. For reopening information and daily ticket prices, please visit www.calacademy.org or call (415) 379-8000 for more information.