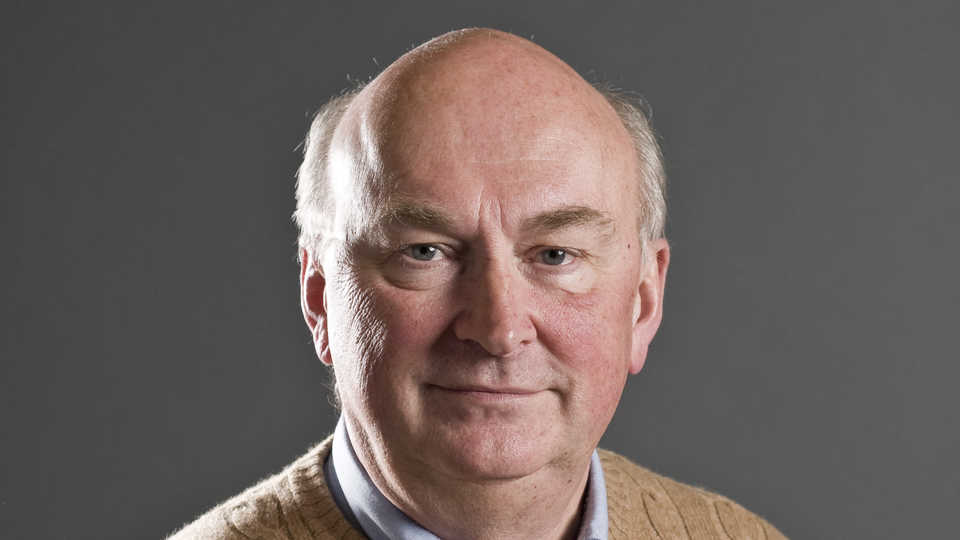 SAN FRANCISCO (September 25, 2013)—Dr. Gregory C. Farrington, Executive Director of the California Academy of Sciences, has announced that he will retire from his position at the Academy at the end of the current fiscal year, which closes on June 30, 2014. Farrington has served as the head of the Academy for nearly seven years, overseeing the opening of its award-winning new facility in Golden Gate Park and guiding the institution's programs of scientific research, education, and public engagement.

The Academy's Board of Trustees will form a committee to conduct an international search for a new Executive Director, who will replace Farrington when he retires next summer.

"It has been a great honor to lead this renowned institution through such a transformative chapter in its 160-year history," says Farrington. "We set out not only to open a new building, but to reinvent the role of natural history institutions in today's world, and we have made tremendous strides in that direction—focusing our efforts on some of the most pressing scientific questions of our time, integrating our scientists and research collections more fully into every facet of the institution, and laying the foundation for becoming a truly global Academy that reaches audiences around the world. This beloved institution is beautifully poised to play a central role in shaping the science and issues that will determine the world we leave to our children, and it's the right time to start looking for a new leader to bring it into that future."

When Farrington joined the Academy in early 2007, a record-setting new building expected to receive a LEED Platinum rating from the U.S. Green Building Council was under construction in Golden Gate Park. Farrington turned his attention to the programs of research, education, and public engagement that would take place in that new home, ensuring that they would be every bit as "Platinum" as the building itself.

Farrington has focused the Academy's programs on two of the most important questions of our time: "How did life evolve?" and "How can we sustain it?" The only institution in the world to combine a museum, aquarium, and planetarium, as well as innovative programs of public engagement, global exploration, and education, the Academy is uniquely positioned to explore these questions.

"Greg has brought great vision, passion and wisdom to his role at the Academy," says John C. Atwater, Chairman of the Academy's Board of Trustees. "From day one, he recognized that opening a remarkable new building was just the first step in the Academy"s journey to re-imagine the role of institutions like ours, insisting that everything inside the building—from the Academy's guest services operation to its efforts to explore, explain, and sustain life—must be every bit as revolutionary as the building itself. Under his guidance, the Academy has pioneered innovative new approaches to everything from digital learning programs for teens to rapid dissemination of scientific research results. We are fortunate to have Greg's continued leadership and dedication as we search for a successor."

During Farrington's tenure as Executive Director, the Academy's reach and impact have increased dramatically. Between 2003, when the institution closed its previous facility in Golden Gate Park, and today, the Academy's annual attendance has doubled from about 750,000 to 1.5 million, and the number of students it serves through field trips and after school programs has nearly tripled from 62,000 to 175,000. Additionally, annual fund giving has grown from just under $3 million to $15 million, and the grant dollars awarded to Academy scientists and educators each year have doubled.

In addition to doubling the number of visitors who engage with science and the natural world inside this new building, the Academy has also launched a number of initiatives under Farrington's leadership designed to reach global audiences who may never get the chance to visit San Francisco. For instance, the Academy's own award-winning planetarium productions are distributed to domes and universities around world, many of the Academy's programs and lectures now have more online viewers than physical attendees, and the Academy's "Science Today" videos and stories appear on digital media outlets around the globe.

"Greg realized that for the Academy to become a truly global leader in science education and research, it would have to become a museum without walls, serving people not just here in Golden Gate Park but around the world," says Trustee Randi Fisher. "In addition to looking for opportunities to share the Academy's content more widely with international audiences, he also forged important partnerships with institutions such as UCSF, The Gladstone Institute, Conservation International, and Google, bringing increased visibility to the Academy and creating vibrant new models for public engagement with science."

Farrington has often pointed out that one of the Academy's most powerful and differentiated assets is its staff of active scientists, who travel the globe to explore the remarkable diversity of life and ways to sustain it. He has focused on integrating these explorers fully into the fabric of the institution, profiling their work prominently in the Academy's exhibits and programs and creating new opportunities for visitors to engage with them directly.

"From NightLife to Chat with a Scientist, our innovative programs of public engagement give our visitors the opportunity to engage personally with world-class scientists and explorers," says Farrington. "The Academy truly is a public stage for science at a time when the challenge of understanding life and sustaining it will drive innovation for many decades—even centuries—to come."

September 27 will mark the five year anniversary of the Academy's new building in Golden Gate Park—a natural time to reflect on the many achievements of the past five years as well as the opportunities that beckon in the future.

"The New Academy—from opening day until today—has been a spectacular success," says Farrington. "I look forward to leading this beloved institution through at least a few more milestones in the coming months. The Academy's mission of public education and engagement about life and sustainability has never, in its long 160 year history, been more important."

The California Academy of Sciences is a leading scientific and cultural institution based in San Francisco. It is home to an aquarium, planetarium, natural history museum, and research and education programs, which engage people of all ages and backgrounds on two of the most important topics of our time: life and its sustainability. Founded in 1853, the Academy's mission is to explore, explain, and sustain life. Visit www.calacademy.org for more information.