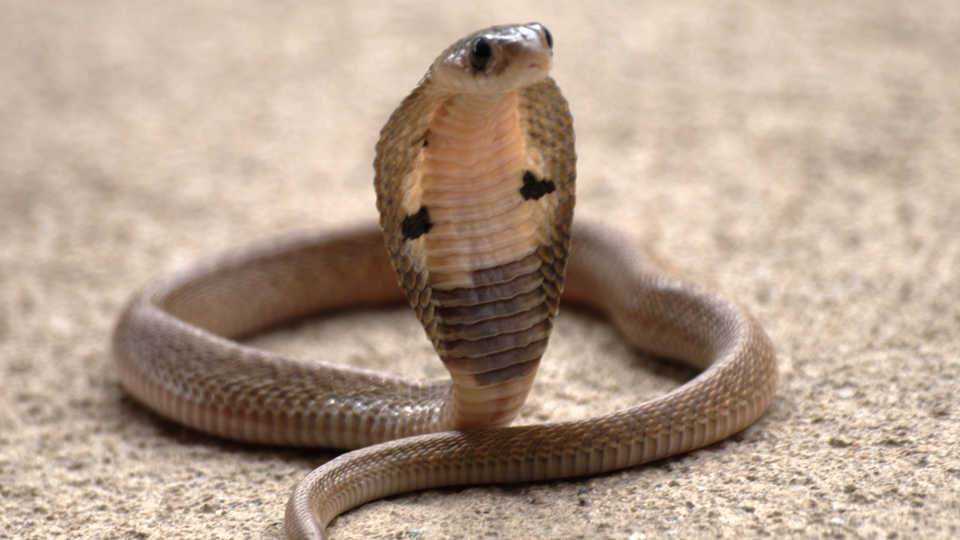 SAN FRANCISCO (July 30, 2013)—A team of researchers led by Dr. Matt Lewin of the California Academy of Sciences, in collaboration with the Department of Anesthesia at the University of California, San Francisco, has pioneered a novel approach to treating venomous snakebites—administering antiparalytics topically via a nasal spray. This new, needle-free treatment may dramatically reduce the number of global snakebite fatalities, currently estimated to be as high as 125,000 per year. The team demonstrated the success of the new treatment during a recent experiment conducted at UCSF; their results have been published in the medical journal Clinical Case Reports.

Snakebite is one of the most neglected of tropical diseases—the number of fatalities is comparable to that of AIDS in some developing countries. It has been estimated that 75% of snakebite victims who die do so before they ever reach the hospital, predominantly because there is no easy way to treat them in the field. Antivenoms provide an imperfect solution for a number of reasons—even if the snake has been identified and the corresponding antivenom exists, venomous bites often occur in remote locations far from population centers, and antivenoms are expensive, require refrigeration, and demand significant expertise to administer and manage.

"In addition to being an occupational hazard for field scientists, snakebite is a leading cause of accidental death in the developing world, especially among otherwise healthy young people," says Lewin, the Director of the Center for Exploration and Travel Health at the California Academy of Sciences. "We are trying to change the way people think about this ancient scourge and persistent modern tragedy by developing an inexpensive, heat-stable, easy-to-use treatment that will at least buy people enough time to get to the hospital for further treatment."

In his role as Director of the Academy's Center for Exploration and Travel Health, Lewin prepares field medicine kits for the museum's scientific expeditions around the world and often accompanies scientists as the expedition doctor. In 2011, Lewin put together snakebite treatment kits for the Academy's Hearst Philippine Biodiversity Expedition, which would have required scientists to inject themselves if they needed treatment. When he saw their apprehension about the protocol, Lewin began to wonder if there might be an easier way to treat snakebite in the field.

In some fatal snakebites, victims are paralyzed by the snake's neurotoxins, resulting in death by respiratory failure. A group of common drugs called anticholinesterases have been used for decades to reverse chemically-induced paralysis in operating rooms and, in intravenous form, to treat snakebite when antivenoms are not available or not effective. However, it is difficult to administer intravenous drugs to treat snakebite outside of a hospital, so Lewin began to explore the idea of a different delivery vehicle for these antiparalytics—a nasal spray.

In early April of 2013, Lewin and a team of anesthesiologists, led by Dr. Philip Bickler at UCSF Medical Center, designed and completed a complex experiment that took place at the medical center. During the experiment, a healthy human volunteer was paralyzed, while awake, using a toxin that mimics that of cobras and other snakes that disable their victims by paralysis. The experimental paralysis mimicked the effects of neurotoxic snakebite, progressing from eye muscle weakness all the way to respiratory difficulty, in the same order as is usually seen in envenomation. The team then administered the nasal spray and within 20 minutes the patient had recovered. The results of this experiment were published online in the medical journal, Clinical Case Reports.

Later in April, Lewin delivered one of the keynote addresses, titled "How Expeditions Drive Clinical Research," at the American Society for Clinical Investigation/Association of American Physicians joint meeting in Chicago, during which he talked about this experiment and its origins. As a result, he met Dr. Stephen Samuel, an Indian physician and scientist from Trinity College Dublin who was interested in collaborating in India, where an estimated 1 million people are bitten by snakes every year, resulting in tens of thousands of deaths. Lewin flew to India to help Samuel set up treatment protocols at a rural hospital in Krishnagiri.

In late June, Samuel, Dr. CS Soundara Raj and colleagues at TCR Multispeciality Hospital in Krishnagiri, Tamil Nadu, India treated a snakebite victim using this method. The patient was suffering from persistent facial paralysis from a krait bite, despite having undergone a full course of antivenom treatment. Upon treatment with the antiparalytic nasal spray, the facial paralysis was reversed within 30 minutes. Two weeks after being treated, the patient reported having returned to her daily activities.

Lewin and his colleagues in the United States are now conducting additional studies on mice to develop new methods and drug combinations, as there are many combinations of anticholinesterases and anticholinergic agents that could be tried to make delivery of the drugs more predictable through the mucous membranes in the nose or eyes. He is also working to set up future clinical studies with Samuel, Soundara Raj and their colleagues in India. While there is much work in front of them, they have already taken important steps toward addressing a major global need. The entire team has embraced the TCR Multispeciality Hospital motto that "no patient should die from snakebite."

The Institute for Biodiversity Science and Sustainability at the California Academy of Sciences is at the forefront of efforts to understand two of the most important topics of our time: the nature and future of life on Earth. Based in San Francisco, the institute is home to more than 60 research scientists and aquarium biologists, as well as more than 28 million scientific specimens from around the world—nearly 40,000 of which are alive and on display in the Academy's Steinhart Aquarium. The institute also leverages the expertise and efforts of more than 100 international Research and Field Associates and 300 distinguished Fellows. Through expeditions around the globe, captive breeding programs, and investigations in the lab, the institute's scientists strive to understand the evolution and interconnectedness of life. Through these same efforts, as well as through partnerships, community outreach, and public engagement initiatives, the institute aims to guide critical conservation decisions and address the challenge of sustainability.