New aquarium exhibit explores the mystery and power of venom on Earth. Plus, larger-than-life animatronic models in the East Garden through May 25. 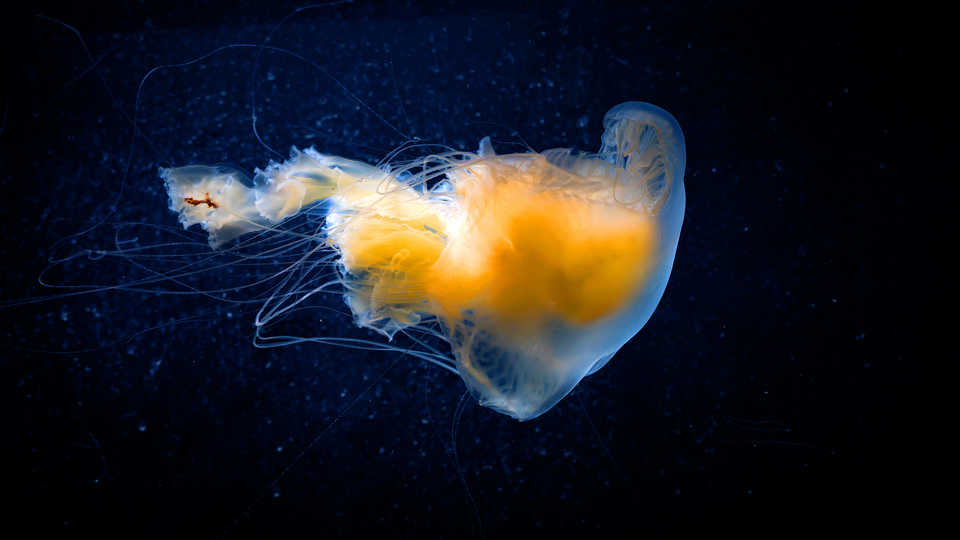 San Francisco (February 27, 2020)—Venom is one of nature’s most powerful tools—packing both the power to paralyze and the promising potential to heal. In Venom: Fangs, Stingers, and Spines, a new aquarium exhibit at the California Academy of Sciences, get up close (from a safe distance!) with an eye-catching array of venomous species, including live spiders, scorpions, jellyfish, snakes, and more. Discover how these often-feared yet biologically important animals sting, suck, bite, and stun while using venom to capture prey and provide defense against predators. Plus, learn how scientists are studying venom to harness compounds that could hold the key to treating human diseases.

Interpreted in four languages, including English, Spanish, Chinese, and Filipino, Venom features 27 diverse species of live animals that will captivate visitors of all ages while bringing fascinating venom stories to life inside one of the world’s most biodiverse aquariums. Marvel at bark scorpions, fishing spiders, and undulating egg yolk jellies with graceful, stinging tentacles. In the mood for a shocking tale from nature? In this eye-opening exhibit, learn how wild female hawk wasps hunt tarantulas, delivering a powerful sting before laying eggs on the still-living spiders—a striking example of venom’s surprising role in the natural world. Move from intrigue to delight by encountering mice resistant to scorpion venom, tiny colorful sea slugs with a hidden story, and more.

“Venoms are full of evolutionary secrets formed over millions of years,” says Lauren Esposito, PhD and Academy curator of arachnology. As part of her research, Esposito studies the patterns and processes of evolution in spiders, scorpions, and their fascinating venoms. “As scientists work to unravel the nature and function of venoms, we are learning how these complex cocktails evolved. We’re excited to uncover new venom discoveries like complex predator-prey relationships and human cancer treatments.”

After exploring the aquarium, visitors can head outside to see exciting, larger-than-life animatronic models of scorpions, spiders, ants, and bees move and come to life before their eyes in the Academy’s East Garden—and learn even more about the surprising differences between venom and poison in nature with immersive graphics. Through Memorial Day, visitors of all ages can enjoy arts and crafts, check out the inside of a live bee colony, and meet some of the Academy’s friendly ambassador animals up close with a special suite of spring programs.

Duck into the Naturalist Center to check out a diverse array of venomous natural history specimens from the Academy’s world-class scientific collections, weave a spider web, and peer through bug-eye goggles. Plus, have fun with interactive daily programming, like a children’s puppet “Arthropod Opera” exploring how critters use venom to thrive and survive, outdoor games and face painting, and animal-inspired crafts on select dates this spring.

See below for just a few of the special programs happening this spring during Venom: Fangs, Stingers, and Spines. For details, please visit: https://www.calacademy.org/venom

Animal Demo
10:15 AM, Most weekdays and Saturdays, Main Floor
Meet one of the Academy’s amazing animal ambassadors. Will it crawl, slither, or walk on four feet? Join us during this fun program and see for yourself.

Children’s Puppet Theater: Arthropod Opera
12:30 PM, Daily, East Garden
Join puppet performers for a little razzle-dazzle as they celebrate the amazing world of arthropods! This live, song-filled show shares how insects and arachnids use venom to survive and thrive. Meet in the East Garden to take a closer look at the tiny, mighty, and surprising world we sometimes miss beneath our feet.

Animal Moves!
10:15 AM, Weekdays, Science Today Station
Bring your best moves! Join us for an all-age exploration of animal movement from scaly critters to feathery flyers.

Venom NightLife (21+)
Thursday, March 26 from 6 – 10 pm
Music by Starfari (DJ set)
NightLife shrinks you down to size with a garden party full of larger-than-life animatronic insects and arachnids to kick off the opening of our new aquarium exhibit, Venom. Enjoy an outdoor bar while posing with a 40-foot Mexican red-knee tarantula or climbing on a massive seven-spotted lady beetle. Get up close (but not too close, of course) with an array of venomous species including live spiders, scorpions, jellyfish, snakes, and more. Know the difference between poison and venom? You will by the end of the night, as Academy scientists show off some of the most toxic specimens from our scientific collections—including California reptiles and amphibians, venomous invertebrates, and toxic plants. (Here’s your chance to learn the easy way to identify poison oak.) Buy in advance and save! For tickets and weekly details, please visit: http://www.calacademy.org/nightlife